Hello Aashisha, thank you for being a part of IWI’s Incredible Women Writers of India 2016, and sharing your journey as a writer. How would you define yourself?

A bundle of contradictions. You will find me as voluble on paper as reticent in person. I am a sentimentalist who makes a job out of collecting feelings of all kinds. I am a sucker for romance and cynical of life in the same breath. Contradictions, I tell you!

What was your childhood like? Any incidents from your growing up years that shaped you as a person?

I was a very quiet child. Simply because there was a chaos raging in my head all the time. I had a bustling life inside. Fantasies, dreams and day dreams. Scenes from books seemed more real to me than reality itself. Pages talked more to me than people.

A watershed moment occurred in my life when in standard third, my English teacher was looking for a participant for a story-telling contest to be held two days later as the erstwhile participant had backed out. I surprisingly volunteered, remembering my mother’s advice to always accept challenges. To my utter disbelief, I won. It was my first ever participation venture. It so inspired me that I went on to take part in all sorts of public speaking events from debates, extempore, plays, radio jockey hunts, and even became the Cultural Secretary of my school and later, the General Secretary in college. Even as I went on to study the sciences in secondary school and computer science engineering at graduation level, the fantasy-seeker in me devoured the stories of Vikram Seth, Nadine Gordimer, and Salman Rushdie and the works of Sartre, Dostoyevsky, GB Shaw and Jostein Gaarder with equal relish, while my feet tap-tapped to the tatkaar of Kathak. After my two-year stint as a software professional, somehow I am headed towards an MBA.

When did your journey as a writer/poet begin?

Writing has been very personal to me. And that is why most of my words stay closeted in my diaries gathering dust.

I remember once during a school assembly, when I was tired of sitting on the rugs, I opened the back page of my diary and did the only disobedient thing that couldn’t be discovered or punished. I wrote a poem. But the fact is it was discovered. By an English teacher no less. And she said it was a beautiful piece. I am sure she meant it only politely, but I took that as encouragement and have been scribbling away all sorts of mind trash ever since.

On one such instance, I somehow came to lead and be the editor of my college magazine. I filled it with all I could think of and wrote a cover story so long it took up 40% of the magazine and was barely read by any.

I decided I needed a bigger audience. The diary writer then turned into a blogger. A couple of winning streaks on IndiBlogger and BlogAdda brought smiles to my face and goodies to my kitty.

But it was when my articles were published in The Hindu that I actually began to take it seriously.

Maybe I should write more often, I wondered. I began to freelance for an entertainment website called ‘Being Cyrus’. And then it happened. A poetry festival and the publication of my poem in the anthology –‘Kaafiyana’ followed by the publication of my short story in ‘Defiant Dreams’ by IWI and Readomania. 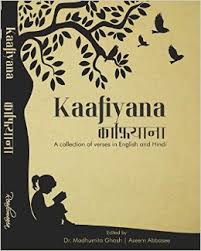 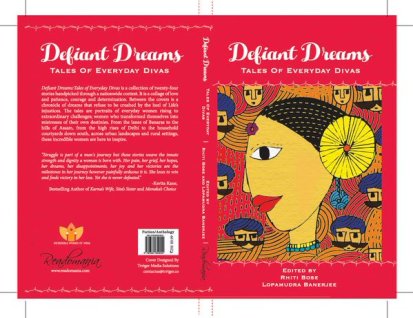 Do you have a muse? If yes, who or what acts as a catalyst to your writing?

Unforeseen events, my sudden bouts of philosophy- anything can catalyze me to written action.

“I think therefore I am.” This maxim of Rene Descartes sums up most of where my writing comes from.

Do you plan out your work or just go with the flow?

I do plan my work, but ultimately have to go with the flow.

Planning is hard work and following it up is harder work. If a deadline for a contest is approaching, I do have to ensure I write out the first draft well in advance. But it happens many a time that I just make the cut.

The beauty of writing is in its spontaneity and honesty. And certainly the thrill.

For you, what’s the easiest thing about writing and the hardest thing? Do you have any weird/funny writing rituals?

I am sure everyone who has ever written anything will agree that the easiest thing is writing the first draft and the hardest is the editing part.

I write best in classes during lectures or whenever I am not supposed to be writing. I so want a ritual though to call my own. Perhaps like getting up at 4 am and penning things down or like drinking a glass of water between every 500 words. Oh wait, the latter does happen sometimes. 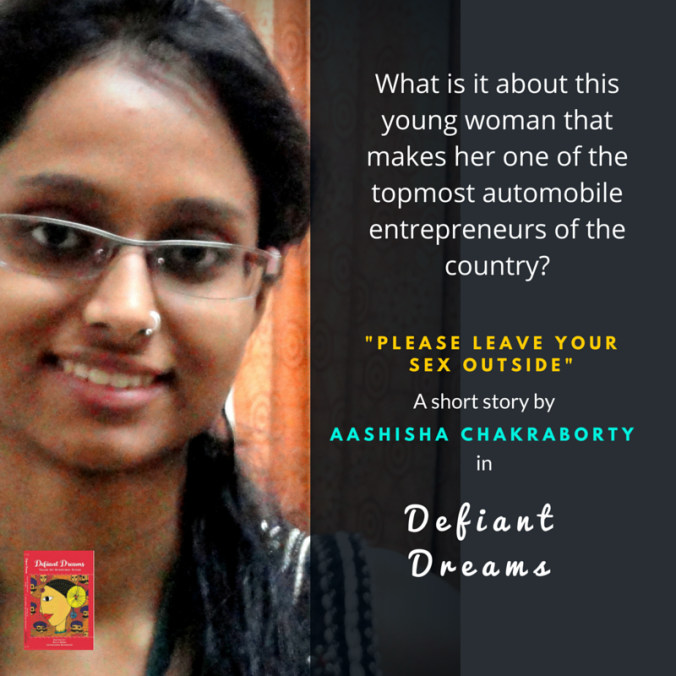 Do you get writer’s block? How do you battle it?

This demon strikes when I need to be at my best. It filters my head free of words and I find a tabula rasa awaiting me. After a few attempts though, I have realized that writer’s block happens when we try and force stuff out that isn’t there. Prose and poetry are like kids who shy away when you ask them to perform. To get them to your side, you need to let them be, let them dance on a platform where no one judges them.

How have you evolved as a writer since you have started? If you could give one advice to yourself, what would it be? What are you working on now?

I have become much more lucid to myself than before, more honest and hence, more aware of my limitations and strengths. As a writer, that has helped me to bring a certain perspective to my work which used to be brief, scattered and uncertain before. Besides, I have become a better editor and a worse grammar Nazi than ever before.

My advice to myself would be- keep writing, no matter what, because as Ernest Hemingway once said, “We are all apprentices in a craft where no one ever becomes a master.”

As for a new venture, I am trying to zero in on one idea out of too many for a slightly longer piece of work than a short story.

What’s your opinion about the future of writing/reading/the publishing industry in India?

India has had an illustrious history of art and culture from the likes of Kalidasa, Tagore to Amrita Pritam, Munshi Premchand and Ruskin Bond. No wonder, we have had eminent writers from the country, in English as well as in the regional languages. The future of the publishing industry is brighter than ever, not to mention much more competitive than before. As India sees a burst of writers and bloggers, the industry is teeming with people wishing to express themselves, tell stories, uncover truths, reveal secrets and so on. Readers are sprouting from every nook and cranny, eager to hear the tales of their fellows-next-door who are the gen-next writers.

Favorite Food… I like to devour stories. But then ice cream suffices too.

What are you afraid of… Almost everything on the planet, ranging from reptiles, beasts to fire, heights, closed spaces… Think of a phobia and I am sure to suffer from it.

What makes you angry… That GRR Martin has still not released his last two books of A Song of Ice and Fire.

Pretence and hypocrisy are also great ways to flare me up.

Childhood crush… Sorry, can’t reveal, still have a huge crush on him.

Things that you can’t live without… Phone, laptop, internet, books…a free mind and a free will?

Any message or advice you want to share with our readers?

The City of Hearts

“When it’s angry, Delhi will give you such nail-biting cold that the winds will swish their way to your bones chilling them. When it’s upset, it will give you the driest summer of the desert and the infamous loo winds. But when it feels upbeat and is in the mood for mischief, it will let loose its empyrean hosepipes, and like an impish rogue, will cackle with glee, its thunder-styled laughter deafening you and its revitalizing rains drenching you through and through, driving away the sweat of the season. The designs of this impulsive city are unfathomable but unimaginably beautiful.

…(T)he old city is like a kind king. He has been scarred and stained, embattled, ravaged and defeated. But the spirit of the man refuses to falter. He has survived all this while, greyed and withered but hardened from experience.

…(R)emember I was trying to pinpoint that uncanny feeling that makes the city feel alive? A strange but strong conviction?

I realize what it is now.

The city feels alive because it is like a large beating pulsating heart, throbbing with the dreams, visions and ideas of millions inhabiting its nooks and crannies.

…(B)ecause Delhi truly is Dilwalon ki. It is the unrivaled city of hearts.”

The Land of Scribbles

Streams trickle towards each other,

Reborn into a cataract,

Gushing from a height.

Lulling you into a sweet madness.

The lines between devilry and sainthood blur,

Shades and hues of all kinds find home

Here, in this habitation of freedom,

In this haven of thoughts,

In this milieu of doodles,

In this tiny land of scribbles,

Where love is the only rule,

Where all are kings of their destinies,

Where dreams have found a way to exist,

Where life has found a way to thrive,

Despite the threat of indifference.”

To connect with Aashisha and know more about her work follow the given links:

Please Note: This interview has been conducted online via emails by Rhiti Bose for IWI.